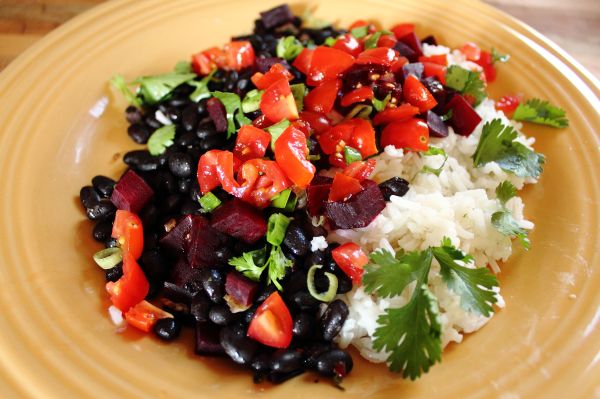 This week featured several meals from Martha Stewart’s Everyday Food magazine.  Don’t judge.  We had a one-year subscription to this magazine when we were first married and it was great.  We’ve held onto the issues and use them as monthly seasonal cookbooks as many of the recipes featured use fresh, seasonal ingredients.  In fact I would enjoy getting a subscription again… if anyone’s thinking they need gift ideas por moi.

This particular meal was what we ate for One-Dish Wednesday.  Thus we ate it on Wednesday.  I thought I had come up the name “One-Dish Wednesday” until I search engined it and found a Pinterest page with the same name….  Anyways, the original version is called Brazilian Black Beans but mine seemed more Central American by the time I had finished making it, partly due to the diced grape tomatoes and crushed red peppers I added.  I also halved the amount of dry beans because 1 pound is actually a lot of beans.  Or is it Alot of beans?

I would also like to point out to my family that this is a meal that all of us can enjoy in spite of our varied food requirements!

Place the beets in a large pot with the soaked beans, adding enough water to cover everything.  Bring to a boil, lower the heat, and simmer for about 1 hour.  Remove the beets and allow to cool before peeling and dicing them into small pieces.  Continue simmering the beans until they are soft.  When the beans are finished cooking drain off most of the liquid, reserving a ¼ cup. 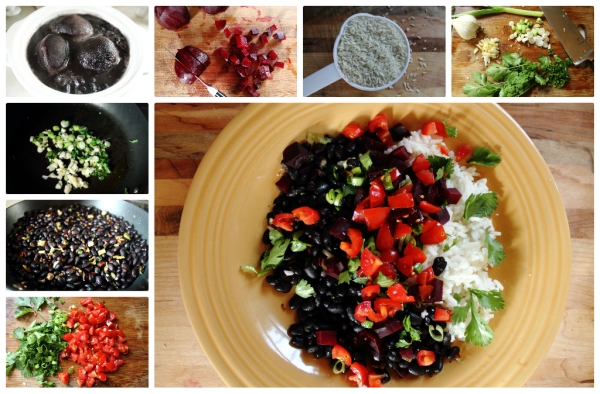 Heat the oil in large pan.  Sprinkle coarse salt on the minced garlic and using the flat side of large chef’s crush them together to form a paste.  Fry the garlic with most of the green onion and cilantro, reserving some of both to add on top later.  Add the crushed red peppers and fry for 3-5 minutes.  Add the beans and their saved liquid to the frying pan and cook over medium for another five minutes.

Serve the beans next to the rice and top with the diced beets, tomatoes, and diced onions and cilantro.  Top with a crumbled or shredded cheese if you like. 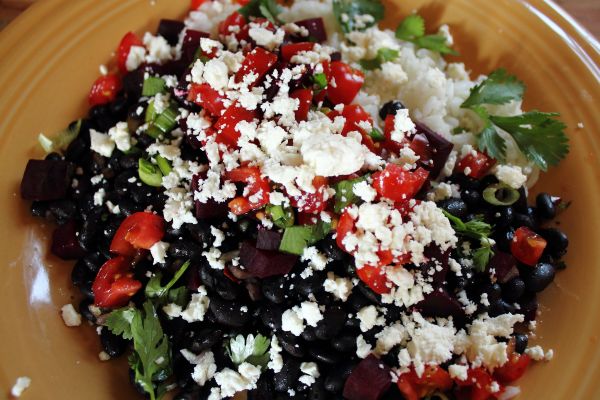 My name is Jon and I'm always trying to do my best to eat local and live sustainably. I'm not a chef, but I love doing work in the kitchen!

What is a kitchener?

kitchen - er; noun;
1. A person who spends many parts of the day in the kitchen
2. A person who cannot quite be considered a cook but who nonetheless loves to cook and finds the kitchen the happiest place in the house.
3. A city in Ontario, Canada (and coincidentally where The Kitchener resides). 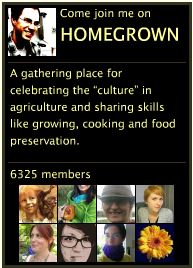